Too late to Dream Big?

I have had a rough time this week thinking of a blog post.  I just didn't feel like writing anything.  I hardly got online all weekend.  I've been catching up on my staring at the wall and thinking.  What was I thinking about? 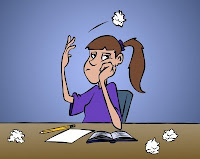 Nothing and every thing, I'm not sure if everyone is like this but I can sit and just stare and let things enter my mind.  All that shit, nothing came to mind to write about.  Until this morning while in the shower, not even sure how this entered my mind, but I thought about when I was young and what I wanted to be when I grew up.  Most children have crazy dreams about what they want to be.  I can remember the very first thing I wanted to be was an astronaut.  I've always been fascinated with stars and space.  I changed my mind about being an astronaut when I watched some movie and it showed the astronauts in the shuttle and they were being jerked around like something fierce   Well, that scared the shit out of me and changed my mind and begged my parents for a telescope, which I never got and still don't have one to this day.  Then, I wanted to be a cosmetologist, until I realized I would have to stand up on my feet for hours at a time.  Not a fan of standing. So then, I chose a secretary.  I could sit down all day and be a paper pusher and use my organizing skills.  So, that's what I did. I became a secretary, actually we like to be called an Administrative 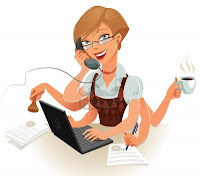 Assistant.  I really did enjoy it.  I'm now a stay at home mom for one more year, I will enter the administrative world when my son turns 5 and goes to school.  So with all that being said, I think about what my life would have been like if I never had children.  I'm sure we all think about this.  Where would I be, what would I be doing?  This is the daydreaming I like to do, I could sit for hours picturing what my "single" life would be like.

This would be mine...
First, I would have done much better in High School and actually went to College.  Not a stupid little tech school but a real University.  I have no idea what I would have majored
in, that really isn't important for my dream. I have always enjoyed photography.   After college, I would have got in the car and drove with no destination in mind.  I would work here and there to make money and then move on. Eventually, I would come to the end of the road and hopped on a cruise ship and worked my way across an ocean, doesn't matter which ocean.  I would go and do anything I wanted.  Met many, many different kinds of people.  Learned something new in every new place I visited.  No real responsibilities,  no one to answer to than myself. Depending on no one!!  I would eventually live the rest of my life near a coast, just like before, I don't care what coast just somewhere where the breeze is constant and the sun shines everyday.  Even though it sounds so relaxing and exciting to me, I think I would find myself lonely.  I'm not saying I wouldn't eventually settle down with an Australian hottie, but I would have probably been too old to have children.

Sometimes, when I talk to my daughter about her future, I try to stress to her how very important a good education is.  Even now in the 3rd grade!  I don't push her, I just try to show her with pictures and stories of what kind of life she could have.  She can do anything she wants to do. I also stress to her that getting married and having children are not a priority in life.  Just because Mommy did does not mean she has to.
"Do what you want to do, and don't worry about everyone else."
I pound that sentence in her head whenever we have this conversation

With all that being said, I do not regret having my children, I would gladly give both boobs and my right arm for either of them.  They are my life!

Why didn't I dream like this before it was too late?  Fuck if I know!  I grew up with 2 regular blue collared parents and didn't have those conversations with them.  I don't think I knew any better. I don't think they dreamed, because if they did I'm sure one of them would have had this conversation with me. You think? holy shit, maybe they were just too lazy to talk to me about this! Maybe, they thought I was smart enough to know that I could do anything. Well, they were wrong!!! Well, I'm not going to make that assumption with my kids. Who knows if they will be smart enough, so I'm covering all bases.
Although, when I worked I did make more money than my parents ever did, but it's no where near enough to show my children or even myself the world. It makes me kind of sad to sit here in my tiny apartment and picture the Eiffel Tower or even the Pacific Ocean.  I will probably never see those places and many more I would love to
see, unless I win the lottery.  I don't consider myself a pessimist  I'm a realist.  Even though every time I play the lottery deep down I feel like I'm the winner.  Until they announce the numbers that I do not have on my ticket.

I want my children to dream and dream BIG, and to know that nothing is impossible!

What did you want to be when you grew up?  Are you that person? Did YOU dream big?? 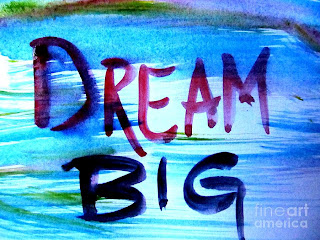 at 3:36 PM
Email ThisBlogThis!Share to TwitterShare to FacebookShare to Pinterest
Labels: dreams, Kids