I was sitting out on the deck smoking a cigarette and I was thinking about who I am. Why? I have no idea, why I think the shit I do.

But, it led me to the fact that many people who read this blog do not know who I am.
And to those who do know me, you can verify that I am everything I say I am. 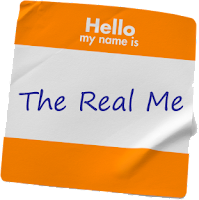 1.  I like to think of myself as a optimist.
I'm only truly an optimist, when it comes to giving other people advice or pep-talks. I hardly ever take my own advice. I always expect the worst for myself.

3.  I think all the time.
This is very true, it seems like my mind never stops.  I don't believe my thoughts to be anything
important or life changing.  But, I can sit in front of a blaring T.V. and not know what is going on.
It's like I don't see the T.V at all.   This fact, pisses Chris off to no end. 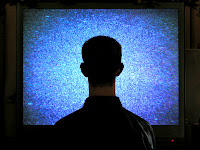 
4.  I love to read.
I do love to read, but true fact. I hated to read before and I hate to admit this, but here it goes.
The damn "Twilight" books started my love of reading now. I'm addicted, I don't know why I never
read before.  Since I've read the Twilight books in 2009, I've been reading non stop.

5.  I love to write.
I wrote a lot as a teenager, but never let anyone read anything. I've always kept a journal, but I never
wrote anything incriminating in it.

6.  Independent
I have always been independent.  My parents stop buying me school clothes when I was sixteen.
Not because they were mean, but I had a job and I wanted to buy them myself.
I've worked since I was sixteen, my first job was at Burger King.  I worked there for four years.
I quit my job in 2009 to stay home with our new son.  After that, I feel like I've lost my
independence. (financially)

8.   Secretive
NOPE.. not me!! I will tell anyone anything about myself.  You just have to ask. Well, sometimes you don't even have to ask, I will blurt shit out for no reason at all.


9.  Morning coffee
I put way too much creamer and sugar in it.  I hate the taste of coffee.

10. Marriage
Doubt I will ever get married.  Nothing against Chris or marriage itself.  I feel like I'm too old now,
and what's the point?  And, no I've never been married.

11. Sense of humor
My sense of humor has been described by my friends as dry.  I'm really not sure what that means.
I feel like my sense of humor is juicy and real!  I will say just about anything.  I used to care about
embarrassing myself, but not so much anymore.  I try to associate with people with the same humor
as myself.  People who are truly funny, and will tell it like it is. 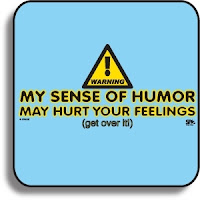 12. Sensitivity
That is a touchy subject for me.  I am not a sensitive person. I'm not saying my feelings never get hurt.
They do, but not very often.  I don't know if that means I have "thick skin" or I just don't give a shit.
Either option is okay with me.  I really don't understand people who get their feelings hurt so
easily.  Unfortunately, if someone's feelings are hurt around me, is because I did it. (by accident)
What's the saying?  If you don't want to know the truth, don't ask ME!!!! 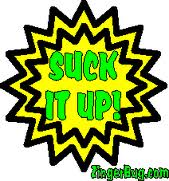 13.  Fighting Fair
Yah, that's a big HELL NO!  As soon as Chris flings the Bitch word at me, there's no holding me
back.


14.  Same sex relationships/marriage
I agree with any relationship or marriage.  If two people love each other, who's to say it's wrong?
And, if someone comes back and say's: God say's it's wrong!  I say BULLSHIT.
I believe people are born gay, parents or lifestyle don't make people gay.  Of course, there are
people who experiment and are not truly gay.

15  Politics
I hate them, they bore me, to be honest, it's all just confusing!!!

16. Pedicures
Love how it looks after. During is like torture to me. I'm so ticklish I can barely handle it.

18.  Cooking
This is huge for me! I HATE to cook!!!! I don't even pretend to like it. I cook what I have to for my kids. They will admit that Daddy's food is better than mine. It doesn't hurt my feelings either. I completely agree with them.

17. Tidbits of things I love.
Mowing the yard (push mower)
Taking naps
Glazed donuts
Vacuuming
Folding towels
Taking a hot shower
Being the last one to go to bed at night.


Well, I hope you all enjoyed reading and getting to know me a bit.
Andrew want's me to play Spiderman with him, so I have to go and be the bad guy.

at 9:35 PM
Email ThisBlogThis!Share to TwitterShare to FacebookShare to Pinterest