This is Andrew's first year going to school.. well VPK  (Pre-K).  At the beginning of the year he was so excited and for the first 2 weeks we would walk in his class and he would yell, "Bye Mommy" and run off to play.  Well, all has changed since then!! 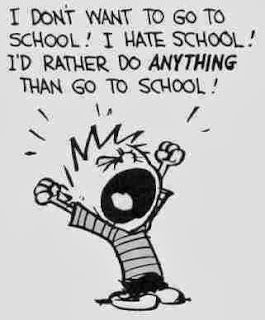 Every freaking day he cries and throws an awful fit.  These fits don't just happen in the classroom while I begging him to be a nice boy.  No they start the night before, and as he's getting dressed, brushing his teeth and while I'm pulling him out of the car.

It's gotten so bad that his teacher will have to intervene everyday and ask Andrew to go to he's calm down spot.  I'm so freaking over this crap and I've tried everything I can think of.

Bribing.. nope he doesn't give a shit about anything I promise him.

Talking about his day, even though I pick him up and he's laughing and playing he insists he had a horrible day!  I know that little sucker is lying.

We've even talked about that he has to go to school and learn so he can get a good job and take care of Mommy.  He totally agrees, until he's walking into school!

Today, I told him that Santa Clause was watching him and if he cries about going to school he's going to take away a present every time he whines about it.  I even told him and his teacher collaborated with me that the camera in his classroom is so Santa can watch all the kids.

I've asked him why he doesn't like school and all he says is that he misses me while he's gone.  He's only at school for 3 hours!!

I've explained to him that Mommy doesn't do anything fun while he's at school.  I clean and watch T.V or read.

Then I started thinking, maybe I baby him too much.  I don't actually treat him like a baby, but he loves to cuddle and love on me so of course I eat that shit right up.  My daughter doesn't like anything to do with lovin' on mama!  So, what do I do?  Do I stop lovin' on him so much?

I don't do everything for him, he gets himself ready for school everyday and we talk about him being a "big man" all the time.  I know he's a mama's boy which I freaking love! 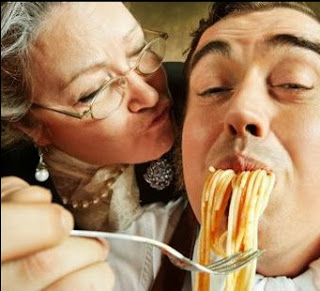 But, I really need him to be excited to go to school and to stop the whining and crying about it all the time!!
I'm so over it!  And, I'm at a loss.

Okay, who can help me with this?  I will listen to all advice!

Thank you in advance.

at 10:59 AM
Email ThisBlogThis!Share to TwitterShare to FacebookShare to Pinterest