Entertainment news that you simply can not live with out!

This week has been pretty slow here in my hood, nothing much to report.  Oh, I forgot, one thing happened, CSI was here yesterday. They were in the apartment of the guy who wears his pants too low. I thought maybe he died.. well this is how I pictured it in my head. He realized he was burning his microwave popcorn and got up too fast and his pants were down so damn low he tripped and fell and smacked his head on the coffee table.  Turns out no one died, but they did leave with a few bags of evidence. So, I thought I would take a look at what's going on with celebrities. Maybe I could find some juicy gossip there.

Here are some I found...

This just goes to show you that the Kardashians will make entertainment news for just about anything.

Good God what will they consider news next?  Kourtney has her dingle berries removed by a professional.

Okay, next is an event that celebrities attended on Monday it had something to do with Punk Rock. I've looked at many of the pics, but the one with Nicole Richie kind of scared the shit out of me.  What the hell has she turned into?  An old black lady? Is her skin normally that tan?  And, I didn't realize that grey hair was considered punk rock. I guess I'm am just out of touch with fashion.  If you want to read the whole article plus a video of Nichole click HERE. (Yes, I do know that Nichole's father is black) 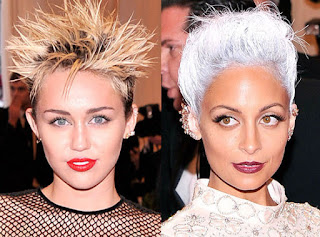 I'm not a fan of Myley Cyrus, but her hair looks rock on!!

Because, this is something that really should be news worthy.
Looks like Jessica Alba had a "Nip Slip" 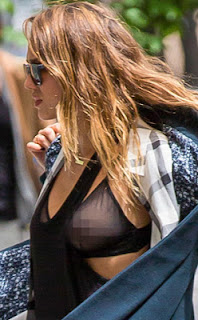 Where the hell are all the camera's when my shit plops out of my shirt when I forgot to put on a bra?
I seriously can not believe that these celebrities get stalked so much that someone actually got a shot of this!

Holy Shit, there were 2 nip slips this week?  This must be a new trend with the celeb's that I've been doing for the past 3 years. Damnit ya'll are so behind in the times!! 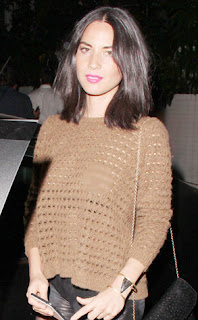 I will be the first to admit, I know NOTHING about the show "Honey Boo Boo."  I haven't watched even one single episode.  To be quite honest a few months ago, I kept seeing that name all over the internet including Facebook.  I thought to myself, "What the fuck is a Honey Boo Boo."  So I Googled it, all I really wanted to know what that name meant. So I found what I was looking for, not impressed and got on with my day.  So, I saw this on the "news" this morning. 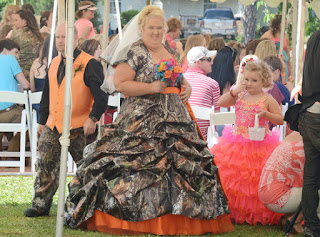 I didn't read the article, the headline made no sense to me because I'm not familiar with the characters.
all I thought was.  What.the.fuck.is.that!  That dress is a train wreck!  If you would like to read the article attached to this monstrosity of a dress click HERE


Lastly, looks like Megan Fox jumps on a trampoline!  Well son of a bitch, if that shit isn't news I don't know what is.  Looks like she will be in the film Teenage Mutant Ninja Turtles 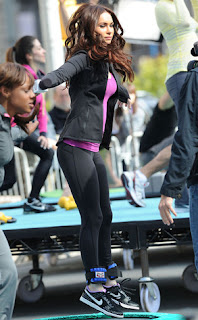 I hope everyone feels up to date now.  I know our lives would not be complete with out knowing all of this important information.  I would like to thank "E!" for providing great celebrity news.

Thanks for reading and hopefully laughing,
xoxo

at 11:13 AM
Email ThisBlogThis!Share to TwitterShare to FacebookShare to Pinterest
Labels: Entertainment news