I had a post request from Therese over at You're Doing it Wrong.  I freaking love her blog, she makes me actually laugh out loud!  I had to edit this really quick. Therese wrote a post named Bag of Dicks.. just the title made me snort!!!

She asked me to write a post about the differences of my children because my oldest went to daycare while I worked, and my youngest stays home with me.

This request was brought on from one of my posts... Touchy Feely.

When I wrote the post above, I hadn't actually thought about the differences in my children.
So thanks Therese, you made me think!  That usually doesn't end well for anyone involved. ;)

After, a few ibuprofen from analyzing my children this is what I came up with.

So, after I had my daughter who is now 9 years old, she started daycare at 3 months old.
My kids are five and half years apart, so when my son was born Chris and I decided where we could afford for me to stay home with him.

Manners
Normally, when a child goes to daycare or any type of school, the are taught manners.  Schools in Florida seem to be very strict when it comes to manners.  The first time my daughter came home and addressed me as ma'am, I almost popped her in the mouth.  I HATE that term!!!  It makes me feel old.  I explained to her that she does not need to answer me yes or no ma'am.  She gladly agreed.  I'm not sure why people in the south feel like that's good manners.  She's has had adults in the past, scold her for not answering them with ma'am! WTF. People!! Nope, not my kid. You better be happy she's answering your ass at all!!

She now has a problem with saying, "Please, Thank you, Excuse me."  She either won't say it at all or if I correct her she gets major attitude with me about it. What the hell, she used to have manners, what the hell happened to them.

My son who is 3, says Thank you, Please and all that jazz.  If I hand him something he will say "Thank you Mama."  and if I don't say anything  he will say. "Mama, say Your Welcome!."  I didn't need to brainwash him into saying these terms.  I guess he just listens and learns.

My daughter is just like me when I was her age. Very, very shy! I wouldn't talk to anyone first.
I've come out of my shell as I've gotten older.  Here's an example of her personality.
I was in Walmart with the kids a few weeks ago, I was in the deodorant aisle.  I was trying to pick out a nice sexy scent for Chris. I saw a younger man doing the same thing.  So, I offered him a coupon on one the brands he was eyeing. It was a really good coupon and he would get the product for less than a $1!
He took the coupon and thanked me.  After we walked away, Emilie said. "Mommy, why did you just talk to that man, you didn't even know him."  I told her, "Well, I was helping him. And how are you going to meet new people if you never talk to them?"

My son, on the other hand... when I take the kids to the playground, he will make friends with any of the boys he sees running around! He will stalk those kids until they acknowledge his presence.  He is not shy at all.  He will wave and say hi to anyone around.
Emile will look at him like he has 3 heads because he is able to walk up to a new kid and say "Hi, wanna play?"  (Thank god, he doesn't say, "Wanna Play Doctor: anymore!)  J/K!!! HAHA!

Like I said in the Touchy Feely post, Andrew is up my butt at all times. Except at the playground.
I seriously can't even go to the store by myself with out him throwing a full blow tantrum like I'm leaving him forever!  He will stand there and kick and bang the door until Chris picks him up and tries to calm him down. Because, Chris doesn't have as much patience as I do, that usually ends with one of two ways.. boy bribed with candy to quit crying. Or, sent to his room to watch T.V with candy! 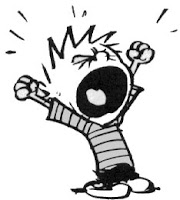 It's taken 3 long years to get him to even go somewhere with Chris without me. Even when that happens, he orders me to stay.  "Mommy, you stay here I go with Daddy."  I guess he does that so he knows where I will be.

Emilie, I assume because she went to daycare she is okay with it.  She never through fits because I was going somewhere without her.

It makes it tough for me though. I feel so guilty because he's so upset when I leave.

Now this just confuses me!

Emilie seems to need help with anything and everything.  Brushing her hair, getting her towels for the shower, putting her clothes away, making her bed, finding her a snack.. I could seriously go on and on. Everything I listed above is stuff she can do by herself and she's done them all herself before!  I think she just gets into a mood and wants to piss me off too.

Andrew, he doesn't want me to help him with anything.  He will climb on counters to get what he wants. Then gets mad at me when I help him. "I do it by myself Mama!"
Like most men, I'm sure that independence will end when he hits puberty!


Shit, I'm so confused now.. see what happens when I have to analyze things?  I have no idea why one acts one way and the other acts the other.  I'm not sure if it is because I stay home with one and didn't with the other. Or, maybe it's just their personality!

I try to parent the same way with both, but they are 2 different people so that's impossible sometimes.
Although, bribing with candy works on both!! 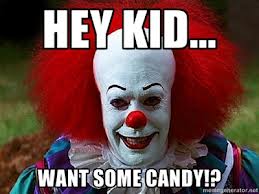 
at 3:16 PM
Email ThisBlogThis!Share to TwitterShare to FacebookShare to Pinterest