A Night in a Tent


When we moved I signed my daughter up for Girl Scouts, hoping it will bring her out of her shell and help her make friends and I could use some new friends too!

Emilie’s Girl Scout Troop went on their first camping trip for the year over the weekend.  They were leaving on Friday night and returning on Sunday afternoon.  I really wanted to go so I could spend some time with Emilie without Andrew trying to crawl up my butt.

Although, three things about this trip made me very nervous about going.

First, I haven’t been camping since I was at least 12 years old.  This camping trip with the Girl Scouts would require us to sleep in tents!  I’ve only slept in a tent once in my life.  We would go camping as a child, well what my dad considered camping.  The first time we used a tent.  After 2 long hours of my dad bitching and throwing tent poles around, when he couldn’t figure out how to put the thing up.  Needless to say that was the last time we used a tent.  My dad purchased one of those pop up campers after that year.  Our camping as a family required that my mom had to have a small TV so she can watch “her shows.”

Camping with Girl Scouts I knew was going to be very different from what I was used to 20 years ago. 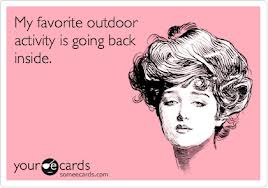 My second concern was it was going to be cold.  Not only do I not like to camp but I hate to be cold! I mean HATE!!!  I know anyone reading this who lives where it actually snows is laughing at me when I say sleeping outside when it’s 40 degree’s is freaking torture for me.

The final and most important thing that made me nervous about going was leaving my little man.  Andrew and I have been together for the past 3 years 24/7!  The only other time I spent the night without him was when he was born and I was discharged from the hospital before he was.

With all of those things in mind, I decided that I would let Emilie go on Friday night and I would meet up with them at the campsite on Saturday and then spend one night.  I could deal with one night away in a cold ass tent!

This means, Andrew would have to stay home with Daddy all day and night without Mommy!  Chris has never had to stay with Andrew alone for more than a few hours.  Yep, I was worried about that too.

Not sure if Chris was nervous, if he was he never showed it.  In the past when I would complain about a shitty day at home with a toddler he would of course say.  “Then you can get a job and I will stay home, I would love that.” I would always respond, “You wouldn’t make it two whole days, if that.” 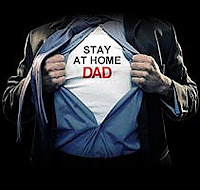 Before the camping weekend came upon us, I would talk about it to Andrew, so he wouldn’t freak out too much when I left.  I talked it up, how much fun he would have with Daddy. “He will give you candy and popcorn and you can take baths all day long if you want.”  Haha, I didn’t mention any of this to Chris.

The camping trip was located in a huge park where many, many people go camping.  When we first arrived, Andrew spotted a huge playground, and bugged us to go there and play.
We finally arrive at the campsite and I get out of the car and open Andrew’s door to say goodbye.  Then the tears started, not mine like I thought they would, it was Andrew.  He was freaking out like I knew he would.  I could see it in Chris’ face. He was starting to get worried; I was leaving him with a very upset 3 year old.  Then he remembered what works best with a toddler.  Bribery!  “Andrew, let’s go to the playground.”  That worked, the tears stopped.  I looked at Chris with a raised eyebrow.  He knew what I was thinking. Chris hates going to playgrounds.  I said my goodbyes and kissed my men goodbye until morning.   I knew I would hear from Chris sometime between 10 minutes and 10 hours. 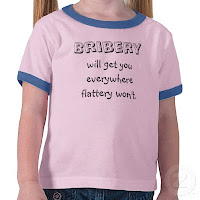 Emilie was very excited to see me; she actually gave me a hug. She normally only gives hugs when she is asked for them.  The other mother’s eventually told me the nightmare they had the night before.  In between 6 year old’s peeing on them selves and their tent mates sleeping bags and a box of Cheez-its.  It was freezing cold, and no one got any sleep. That story did not help my anxiety.  I dreaded when the sun would go down.  We had a fun day and the evening was full of Mama Drama!  I won’t share that info on here, but it amused me of course!   Before bed time came, I got the dreaded call from Chris, pissed off Chris.  I’ve told “Pissed off Chris” never to call me and I put my number on the “Do Not Call list.” 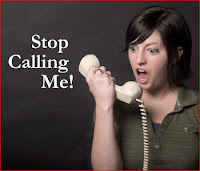 I was able to talk to my little man on the phone.
Aww, he misses me!  I asked how his day was at the park, that one little question dried up his tears and proceeded to tell him all about it.  I assured him I would be home after he woke up in the morning.
Lucky for me, that night was no where as cold as the night before! YES!!!
I barely got any sleep that night though, I heard lots of noises out side our flimsy tent that scared the shit out of me.   Footsteps, screeching from some kind of animal, and I swear I heard a coyote.  My tent mate assured me that we will be just fine. I didn't take her word for it, I think I got 3 hours of sleep! What the hell did she know, she slept the whole time, while my bugged eyes stared at the top of the tent waiting for Bigfoot  to rip that sucker down!

Morning finally came and we packed up and left.

I was so excited to see Andrew, I swear he couldn’t get into my arms fast enough and we gave each other the biggest hug ever.

“So,  how’d it go with you guys last night.”  I asked Chris.
This is what he said and I will always remember these words:

“I don’t know how you do it.  I felt like a slave, he constantly wanted something.  He drove me crazy!  There is NO WAY I could be a stay at home Dad.”

I grinned from ear to ear.  Those were the sweetest words he’s ever spoken to me.  I wanted to take him right there right then. (But I didn’t)

I actually had a good weekend, now that I know that my men can actually do it with out me.  I think Emilie and I need to plan a trip to a nice hotel somewhere in a big city away from critters and dirt!

at 8:51 PM
Email ThisBlogThis!Share to TwitterShare to FacebookShare to Pinterest