Yes, I am the Grinch! 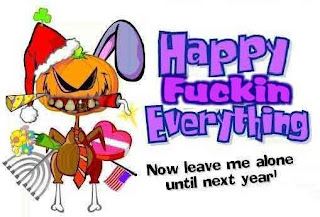 I've never been a fan of Christmas since I hit adulthood and had to play Santa.

When I had children, my idea of Christmas changed.   I thought this is going to be so great, watching my kids open her presents.  Yes, it was great for a while. But as they get older the more stressful it gets.


Let's talk about Christmas decorations now.. they are almost as bad as Christmas songs.  It all makes me want to punch Rudolph in his big fat red nose! 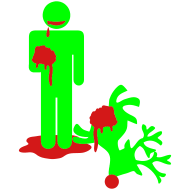 We put up the decorations and the Christmas tree and they annoy me until the day I take them down.  And that day is usually the day after Christmas.  It's sad to say, but I'm usually happy and chipper while taking down the Christmas tree compared to me putting it up.

I have a problem with clutter.. and I see Christmas decorations as clutter.  The big ass tree is always in the way of the T.V.  The kids touch the ornaments   At least this year, I don't have to worry about any cats/dogs climbing up the tree and eating the ornaments.

Maybe, one year I will turn into the jolly guy instead of the green hairy guy.  That day will come when I have enough money to be able to buy my children and Chris what they want, and not have to worry about money.


It's all about money, I want this, I want that.  I have to keep up the "Santa" charade to scare them into being good in November, December. 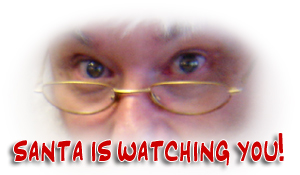 Seems like every five minutes I'm called into a bedroom where my daughter or son wants to show me some commercial with a toy they want.  I can't remember which Monster High Doll she wants.. and I have to make sure "Santa" brings the Spiderman mask with the light up eyes and this certain kind of Web Shooter.
"Mommy, I want a new iPhone, since I lost mine."
(Yeah, right like that's gonna happen!!)

Before Andrew was born.  I think Emilie was 3 or 4 years old.  I took her to Kmart and I let her pick out all of the toys she wants for Christmas.  Then, when she was satisfied, I rolled our over filling cart to the back of the store, where adults call layaway.  But, that year I called it, the portal to Santa's workshop.  I told her that, we would bring all these toys here and Santa will come by (through the secret portal) and pick which toys he wants to bring her on Christmas morning.  It actually worked out really well.  And, I'm not ashamed of doing it. I was then sure, she liked everything she would get for Christmas. I only did that once with her.  But, we were thinking of doing that with Andrew this year, but now it's too late to do it. 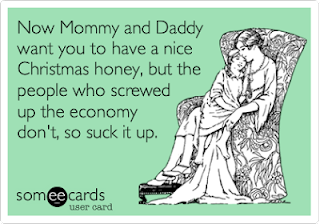 When I think about it, I just feel bad that I know they are not going to get everything they want.  And, I will have to look at their disappointed faces when all the presents are gone and Santa didn't bring the one thing they forgot to tell me about or write down on their list.

Chris and I haven't exchanged gifts since Andrew was born.. we just can't afford it. I really don't need/want anything, but to make my children happy. 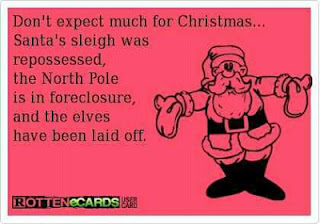 at 6:13 PM
Email ThisBlogThis!Share to TwitterShare to FacebookShare to Pinterest